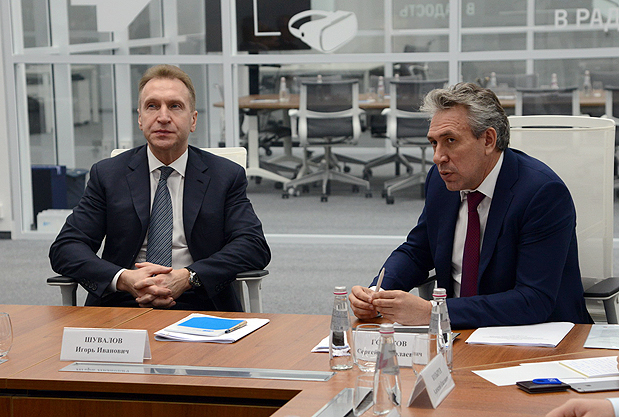 Igor Shuvalov emphasised the need to ensure that the blockchain solution for the registration of real property would be fully functional before making amendments to legislation. “It is important that the new system should be convenient for people and reduce their expenses. A digital economy should be able to provide comprehensive services, jointly using private and public resources,” the First Deputy Prime Minister said.

“A lot of countries have announced their intention to introduce blockchains into the real property registration systems, and we are beginning this process as early as January. We want to test the technology, assess its benefits for users of our services. Its obvious advantages are data continuity, transparency and transaction speed. In addition, we are investigating the possibilities of employing machine learning technology for automatic legal due diligence of transactions. In combination with blockchain technology, this can restructure all governmental information resources in the near future,” Victoria Abramchenko said. 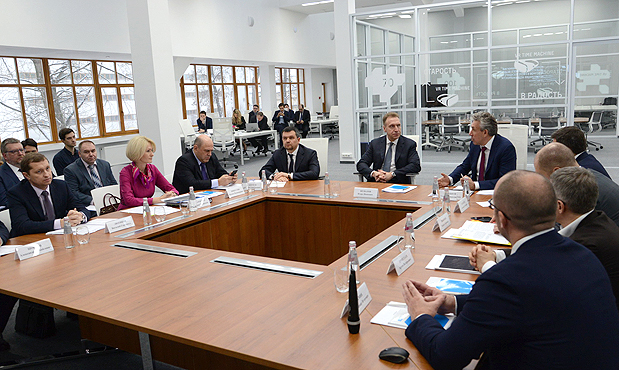 “Blockchain technology is able to protect information from misuse and facilitates data control. It will allow people to remotely receive legally important services, businesses to reduce costs related to control measures, the government to apply more sophisticated technology and, in general, rebuild processes and manage information in a new way. Blockchain technology has the potential for bringing down infrastructure costs with improved reliability and security,” a spokesperson for Igor Shuvalov’s office said.

Vnesheconombank’s start-up game show Million-Rouble Idea has premiered on NTV. The winning team of the first episode was Motorika, designers of robotic prosthetics for children.

The start-ups featuring in the first episode of Million-Rouble Idea were judged by Sergey Gorkov, Chairman of Vnesheconombank; Alexander Chernov, Senior Vice President of the Skolkovo Foundation; Alexander Galitsky, Managing Partner of Almaz Capital; Alexey Repik, Chairman of Business Russia and the founder of R-Pharm; and Sergey Zhukov, a pop musician and the owner of the family-run confectionery business Cupcake Story. 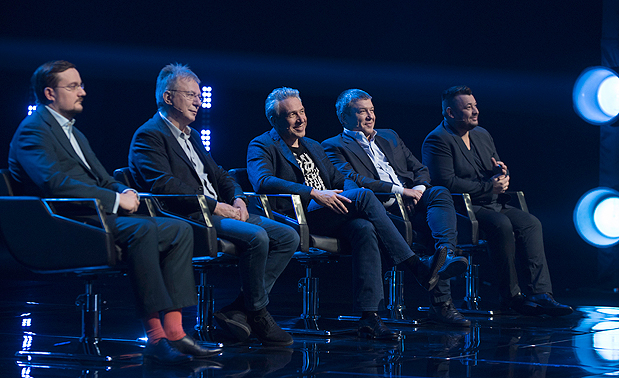 The contestants are also evaluated by the audience: any participating start-up can be financially supported by SMS or by payment through Boomstarter. More than 1,100 viewers of the first episode took this opportunity, paying over 1.6 million roubles. In addition, Million-Rouble Idea became popular on the Web: social network users enthusiastically shared the game video and posted their opinions.

“The Million-Rouble Idea game show has two goals. First, we wanted to focus public attention on high-tech start-ups, young inventors and young talent as a whole. Besides, we wanted to support domestic businesspeople, who know how to commercialise their high-tech ideas, and help them to earn money from their intelligence in Russia. Russia is rich in talent, and we received a total of more than 500 applications. These inventions are designed to make our life easier or help people in trouble to lead a normal life. The show features a lot of socially significant start-ups. This makes us believe again in such values as humanity and compassion. Even if a project does not win, millions of viewers will see it anyway,” Sergey Gorkov, Chairman of Vnesheconombank, said.

“Personally, I give preference to teamwork. If you invest in a project, you should be prepared to be a long-time team member and understand that you will be part of a close-knit, good, skilled and trainable team. Second, it is the market that they can enter. Then, a start-up is assessed for its innovation,” Alexander Galitsky, Managing Partner of Almaz Capital, said.

Motorika, led by robotics engineer Ilya Chekh, designs several types of prostheses. Superhero-style functional prosthetics help children with disabilities to participate in all activities at school and in life. Sophisticated bionic prosthetics are intended to assist adults at work.

For two weeks, the judges will evaluate start-up innovation and commercialisation. In addition to Motorika, six projects will go through to the final of the show. Three finalists will become the prize winners eligible for 25, 20 and 15 million roubles for business development.

The next episode of Million-Rouble Idea is due to air on NTV at 00:25, 13 December. The game show will feature the designers of a remotely piloted drone, a mobile app for counterfeit protection, an exercise machine for manual dexterity restoration, Russia’s first mass-produced LED modules for motor vehicles and an online money box for children and adults.

Under the agreement between Vnesheconombank and the Roscongress Foundation, the 2017 Russian Investment Forum in Sochi will enable the winning start-ups to pitch to Russian and foreign investors at the Foundation’s key economic forums and the field sessions of the St. Petersburg International Economic Forum in Russia and abroad.

The media sponsors of the project are Rambler News Service and Russia’s leading high-technology and innovation media outlet Hightech.

State Corporation “Bank for Development and Foreign Economic Affairs (Vnesheconombank)” is a national development bank and one of Russia’s largest financial institutions. Established in 1924, the Bank has operated under the special Federal Law “On Bank for Development” since 2007. In accordance with the Development Strategy until 2021, Vnesheconombank will focus its activities on financing for high-technology industrial projects, infrastructure development, support for non-resource exports, support for innovations and projects of the National Technology Initiative.

The Roscongress Foundation is the largest organiser of conventions and exhibitions.

The Roscongress Foundation was founded in 2007 with the aim of facilitating the development of Russia’s economic potential and strengthening the country’s image by organising conventions, exhibitions and public events. The Foundation develops substantive content for such events, providing companies and organisations with advice, information and expert guidance, and offering comprehensive evaluation, analysis, and coverage of the Russian and global economic agendas. It offers administrative services and promotional support for business projects and helps to attract investment, including in the form of public-private partnerships.

Today, its annual programme includes events held from Montevideo to Vladivostok, offering an opportunity to bring together global business leaders, experts, the media and government officials in one place, creating favourable conditions for dialogue and the promotion of new ideas and projects, and assisting in the creation of social enterprise and charity projects.