Young entrepreneurs and inventors will present their projects to investors and business leaders. They will compete in a televised game show, Million-Rouble Idea, on NTV in December.

More than 500 applications were submitted for participation in Million-Rouble Idea. The projects were selected in five areas: information technology, biotechnology, energy-efficient technology, space and industrial production. The main selection criteria were scientific value, available prototypes, team qualifications and merchantability. The contestants are 35 start-ups longlisted for the prizes from Vnesheconombank. 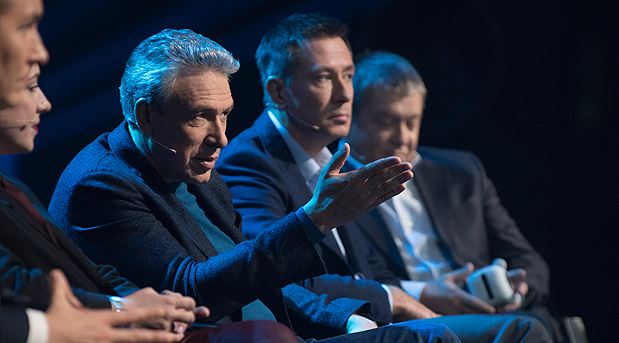 Seven projects will go through to the final of the show, three of them becoming prize winners eligible for 25, 20 and 15 million roubles for business development.

The judges include business leaders on the Forbes list of Russia’s 200 wealthiest people in business: Alexey Repik, who founded R-Pharm, a pharmaceutical company; Dmitry Konov, Chairman of the Management Board of SIBUR, a gas processing and petrochemicals company. 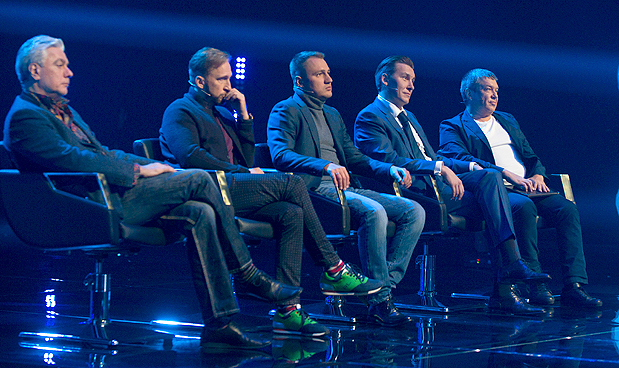 On behalf of Vnesheconombank, the game show will be judged by Chairman Sergey Gorkov and Deputy Chairman and Member of the Board Alexey Ivanchenko, who supervises the Million-Rouble Idea project.

The heads of Russia’s major investment funds took an active part in evaluating the projects submitted for the show. Therefore, any start-up eliminated before the final can find the deal of its life. For example, one of the judges is Alexander Galitsky, Managing Partner of Almaz Capital, who pioneered Wi-Fi and VPN networks. He was honoured as the most influential person in the Russian IT industry by Forbes in 2011. Among the judges are Alexey Konov, Managing Partner of RBV Capital; Arkady Moreynis, who founded Glavstart, a start-up business factory, and Price.ru, a comparison shopping engine; Sergey Fradkov, Managing Partner of iDealMachine, a venture capital fund and start-up accelerator.

The contestants will be evaluated by business leaders: Leonid Kazinets, Chairman of the Management Board of Barkli, a development company; Vitaly Yusufov, Chairman of the Board of Directors of IcomInvest, a telecommunications company.

The game show will be judged by the heads of development institutions providing support for high-technology start-ups: Alexander Chernov, Senior Vice President of the Skolkovo Foundation; Svetlana Chupsheva, General Director of the Agency for Strategic Initiatives; Mikhail Mamuta, Head of the Service for Consumer Protection and Financial Inclusion of the Bank of Russia; Eldar Muslimov, member of the Supervisory Board of the Monotowns Development Fund.

“A contribution to the development of an innovative economy, a search for new ideas and their subsequent implementation are the goals of the Million-Rouble Idea show. As a development institution, Vnesheconombank finds it important to popularise the image of people and the opportunities of this country. We have a willingness to invest in the future,” Alexey Ivanchenko, Deputy Chairman and Member of the Board of Vnesheconombank, said.

“Million-Rouble Idea is a kind of guide, providing an opportunity to get answers from potential investors and development institutions and receive assistance with start-up promotion,” Svetlana Chupsheva, General Director of the Agency for Strategic Initiatives, said. 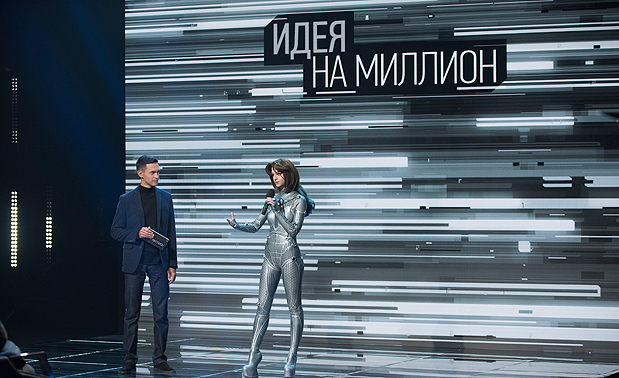 “This show can give money to start-ups and can open up investment opportunities. The economy or, even more, the country will be given the confidence and hope that we have good prospects, really good. To be an entrepreneur should be respected. There is nothing improper in entrepreneurship,” Alexander Chernov, Senior Vice President of the Skolkovo Foundation, said.

A pillar of Vnesheconombank’s new strategy is to focus its efforts on the key areas of support for the Russian economy. This was stated by Nikolay Tsekhomskiy, First Deputy Chairman and Member of the Board of the Vnesheconombank, at the plenary session “Russian Financial System: How to Best Match Industrial Growth” during the 9th Moscow Financial Forum.

“We divide our priorities into two main areas: the economic sector with catching-up development and the economic sector with outstripping development,” Nikolay Tsekhomskiy said. “In the area of catching-up development, Vnesheconombank supports high-technology production, infrastructure and non-resource exports. These areas are key drivers of the Russian economy today. However, no less significant is our goal to support the sectors that will shape the future of the Russian economy. Therefore, Vnesheconombank finds it important to support innovation, a digital economy and projects of the National Technology Initiative.”

According to Nikolay Tsekhomskiy, in the conditions where the sources of Russian and foreign investment are limited, the development of effective mechanisms for raising funds is of particular significance. One of these mechanisms is the Project Financing Factory, which is based on the principle of risk sharing through syndicated lending.

Vnesheconombank’s participation in the Project Financing Factory will make it possible not only to spread risks among lenders but also to obtain financing from new long-term institutional investors. One of the main instruments of government assistance within the Project Financing Factory is subsidised loan interest rates linked to inflation and compensation for inflationary expectations in the country.

Concerning medium-term inflation in Russia, the Forum participants gave an optimistic forecast. According to Andrey Lipin, Deputy Director of the Monetary Policy Department of the Bank of Russia, inflation will be low in the medium term, about 4% per year until 2021.

The first meeting of Vnesheconombank’s reshuffled Expert Council has been hosted by the Vnesheconombank blockchain commune. The meeting was attended by Andrey Sharonov, Chairman of the Expert Council and President of the Skolkovo Moscow School of Management; Sergey Gorkov, Chairman of Vnesheconombank; Dmitry Belousov, Head of Macroeconomic Analysis and Forecasting of the Centre for Macroeconomic Analysis and Short-Term Forecasting; Alexander Zhukov, First Deputy Chairman of the State Duma of the Federal Assembly of the Russian Federation; Kirill Varlamov, Director of the Internet Initiatives Development Fund; Alevtina Chernikova, Rector of National University of Science and Technology MISiS; and others.

“We view ourselves as a provider of support for Vnesheconombank in strategic matters. Without interfering in day-to-day operations, we will be looking at the priorities of this major development institution in Russia,” Andrey Sharonov said.

The digital economy and innovation were the main focus of attention at the meeting. Vnesheconombank’s Chairman Sergey Gorkov noted that the Bank would be able to present the quantum platform project at the next meeting of the Expert Council.

The General Director of VEB Innovations told the Expert Council about measures to support exit-stage innovation projects in Russia.

Progress Microelectronic Research Institute presented an infrastructure for creating a single platform for commodity flow traceability. The successful implementation of a similar project in Belarus was of interest to the Expert Council. The commodity flow identification system is one of the applications of the digital economy. According to experts, this platform can provide a high level of national security and actual import substitution, contributing to technological development, new highly qualified jobs and improved quality of life.

To improve the workflow with customers, VEB has introduced the Customer Electronic Office. The bank’s customers now will be able to submit documents electronically using enhanced encrypted and certified digital signature.

“This is an important step both for the bank and VEB Group in general. The new system will save customers’ time allowing them to submit filings online and will significantly reduce the circulation of printed documents. This is of particular importance for investment business where time is the most valuable of all commodities,” pointed out Dmitry Kurdyukov, Vnesheconombank’s First Deputy Chairman and Member of the Management Board.

First customers are expected to be connected to the system by the end of 2017 and starting from 1 Quarter 2018 the service will be available to all bank clients.

The electronic office will help optimise the document flow with the customers, inform the customers of the progress of the conditions precedent and ensure the prompt feedback on applications. However, the bank reserves the right to request printed copies.

The new customer service procedure will primarily be applicable to the bank’s investment units. The bank also plans further optimisation of the electronic document and work flow with customers, including by introducing new functions to the Customer Electronic Office.

The Eurobonds for a nominal amount of USD 600 mn were issued on the Irish Stock Exchange in 2010 with a seven-year maturity period and an annual coupon rate of 5.45%.

The redemption of the Eurobond issue and coupon payments were executed in full and in accordance with the terms of the prospectus.