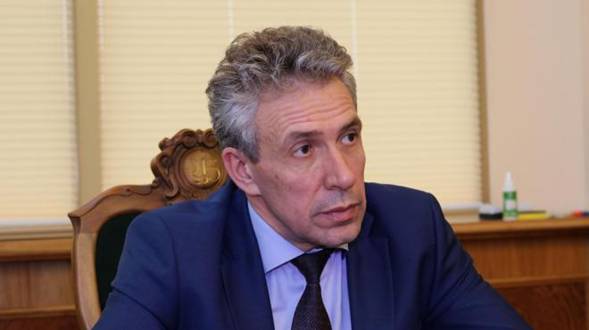 Sergei Nikolaevich, is VEB as the shareholder going to support financially its Ukrainian subsidiary bank”?

VEB used to support Prominvestbank’s liquidity. In the near future, the bank’s operation will get back to normal. That is why I would like to assure existing and potential customers that the bank is capable of undertaking its activity in a normal way.

What amount of liquidity is Vnesheconombank ready to provide?

The amount of liquidity has been determined but I’m not going to disclose it. But I can say that it is pretty substantial for the bank and enables it to normalize the situation with liquidity. I would also like to say that the tension which emerged around the bank was unsubstantiated because of the market situation.

When are you going to provide liquidity?

This will happen this year.

For one thing, I don’t view Prominvestbank as a problem asset. It is not the worst and even bad bank on the Ukrainian market. The situation in February was more a result of random circumstances than real ones. But in general, VEB as a bank for development should not operate commercial entities. For us this is an issue of a new strategy which is being developed now. In terms of implementing our strategy our objective is not to have commercial entities on our balance. We’ll need time to implement our strategy and an exit processes.

How long will it take?

Everything will depend on potential offers. For the time being, I am not ready to talk about a specific time horizon. I’d like to say it again that our principal is as follows: VEB should not have commercial entities on its balance. Practical steps depend on purchasers, market conditions and other circumstances.

Who are your potential purchasers?

We can see some potentially interested customers but so far we have been only in preliminary talks.

Did you have a meeting with the National Bank of Ukraine (NBU), when will a problem bank status be revoked?

We had a meeting. A decision depends on the National Bank of Ukraine. We made every effort to have this status revoked in the most immediate future.

What activity limitations does the bank experience and what losses does it suffer because of its status?

Limitations are more of psychological nature. Private and corporate customers working with the bank are worried about its problem status. So, our task is to get it revoked as soon as possible and move to a normal bank status. Our management is making every effort to achieve fast result.

When can it happen?

I am not ready to give you a specific date because I am not supposed to make a decision it’s up to the National Bank. As far as we are concerned, we’ll do our utmost to make this happen in the most immediate future.

Besides VEB’s financial injections, NBU was also refinanced, were the funds provided earlier repaid and will new funding be provided?

We are discussing this opportunity with the National Bank.

We are discussing this opportunity.

Did NBU buy out OVGZs from Prominvestbank?

Until the bank’s final destiny has been shaped, what advantages in your opinion does Prominvstbank have over other financial institutions that are getting ready for sale?

Prominvestbank, one of the largest banks in the system, is able in the near future to normalize its activity and work with a variety of sectors. Historically, Prominvestbank was highly instrumental in working with industrial production companies and enterprises. The bank’s other advantages include advanced IT-platforms, a compact network of offices, efficiency growth potential for business processes. All of this will make it possible to have a certain niche on the market and operate and develop normally.

Besides financial resources for stabilizing the bank are you going to provide funds to support its operation and development, for example lending?

We are most likely to be responsible for restructuring its portfolio, dealing with problem assets.

Is it true that you are putting up the bank’s entire loan portfolio for sale?

Are you discussing an idea of transforming Prominvestbank into a treasury bank?