In compliance with the decision taken by its Supervisory Board in September 2016, Vnesheconombank acquired RUB 16bn worth of additional shares in PAO AKB Sviaz-Bank (VEB Group).

Following the placement of additionally issued shares in Sviaz-Bank, VEB held a 99.77% stake in the authorized capital of the subsidiary.

The placement report on the Sviaz-Bank additional shares was registered with the Bank of Russia on 26 December 2016.

After the capital increase, the authorized capital of Sviaz-Bank amounted to RUB 45bn.

Payments on the Russian Government Securities Denominated in Foreign Currency

Acting in compliance with the terms and conditions of Eurobonds and on the instruction of the Russian Ministry of Finance, State Corporation “Bank for Development and Foreign Economic Affairs (Vnesheconombank)” transferred to Citibank N.A., London Office USD 159,365,437.50 worth of funds in payment for interest on the USD 2.5 billion bonds issued by the Russian Government in 1998 and maturing in 2028.

On resolutions of Vnesheconombank's Supervisory board 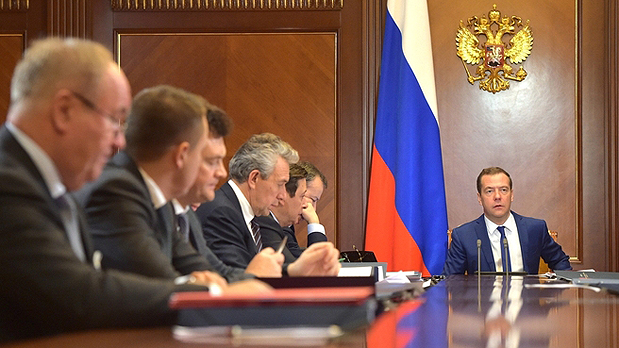 On 21 December, Vnesheconombank's Supervisory Board approved the Bank's strategy to 2021. According to it, the Bank is to focus on five core priorities:

Vnesheconombank will operate on a new level: it will search for projects that comply with priorities of the government, provide a deep analysis of business projects in cooperation with clients, attract direct co-financing to projects, monitor project progress using cutting-edge technologies.

During the meeting, the Supervisory Board considered Vnesheconombank's participation in the Ivanovo Region Polyether Plant Project. The total project value is over RUB 25 bn, it is aimed at import substitution in the consumer goods industry. The project is implemented in Vichuga, a single industry town. The capacity of the plant is expected to reach 175,000 tons of polyester fiber per year and 30,000 tons of polyester chips per year.

The Board members also discussed the setting of new sovereign risk limits for the Socialist Republic of Vietnam. This will allow to effect the transaction involving financing of Russian power equipment supplies as part of implementation of Power Plant Project in Vietnam.

The Supervisory Board decided to suspend the consideration of charity and sponsorship issues until the end of 2017.

On 16 December 2016, Vnesheconombank and Japan Bank for International Cooperation (JBIC) entered into a memorandum of understanding in Tokyo (Japan) to establish closer economic cooperation between Russia and Japan. The document was signed during a Russia-Japan Summit.

The parties are to provide joint financing for projects in the Russian Federation, primarily in the Eastern Siberia and Far East, and for foreign trade contracts between Russian and Japanese companies. The document sets out a list of sectoral priorities. Particularly, these include projects in infrastructure, energy, energy efficiency, high value added manufacturing in the petrochemical industry, wood processing and machine building.

The Nakhodka Mineral Fertilizer Plant Project includes construction of a complex with an annual capacity of 2.2 mn t ammonia, 2 mn t carbamide and 1 mn t methanol. The full design capacity is to be reached in 2022. Total project costs are estimated at USD 6.3 bn. The plant will create up to 2000 new jobs, allow to launch a new professional training programme at the Far East Federal University and generate taxes receipts of RUB 11 bn p.a. to the budgets of different levels.

The VEB Group’s key performance indicators are as follows:

In the nine-month period of 2016 the VEB’s Group equity increased by RUB 68.8 billion (+14,3%) to reach RUB 549.6 billion as at 30.09.2016. Alongside with the subsidies from the federal budget provided in the nine-month period in the amount of RUB 150 billion as compensation of costs related to servicing foreign capital markets borrowings, and the recognition as additional paid-in capital of a subsidy of RUB 1.6 billion for the implementation of priority investment projects in the Far East and Baikal region, positive balance of an unrealized revaluation of securities had a positive effect on the VEB’s equity. VEB’s capital adequacy ratio (RAS) as at 30.09.2016 amounted to 12.7%.

Throughout 2016 the Group’s financial results have demonstrated positive dynamics:

In the nine-month period of 2016 the Group followed a conservative lending policy, primarily focusing on the “last mile*” “Last mile” projects - projects already financed up to 80-85%, that could be commissioned in the next two years. The projects include those in power generation, metallurgy, machine building, agribusiness, pharmaceuticals, and chemicals.projects , with the pace of loan repayments slightly exceeding the pace of new lending. Alongside with the Group concentrating on the “last mile” projects, the nine-month period of 2016 saw the commissioning of the following facilities: CSKA football stadium in Moscow, household gas stoves production in Orsk, a wood processing complex in Krasnoyarsk region, etc. The Group is also actively widening the export global coverage, expanding the geography of Sukhoi Superjet 100 civil aircraft deliveries from Latin America and South-East Asia to Europe. For instance, VEB financed a delivery of SSJ 100 to an Irish carrier CityJet, which brought a national Irish football team to the EURO 2016 competition.