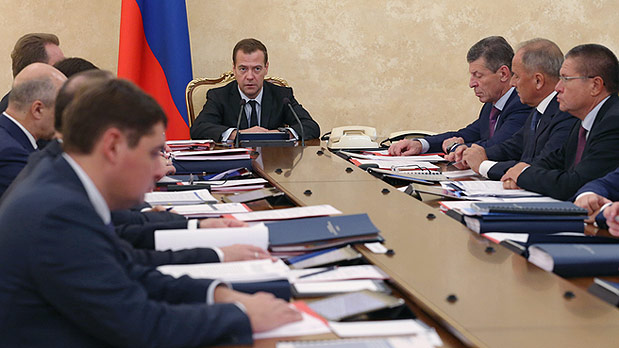 Our agenda is as usual overcrowded. Today, we’ll discuss issues related both to a strategy for development of Vnesheconombank as our main development institution and individual but at the same time important, large-scale transactions conducted by Vnesheconombank.

Negative conditions persist – crisis developments on the largest markets and on capital markets, our domestic problems. So, we have to monitor Vnesheconombank’s performance, given that VEB is not just a credit institution but a development institution and its efforts should be aimed at providing increased volumes of funds to finance major investment projects in order to fund large-scale programs and leading enterprises. This concerns not only all economic sectors the Bank traditionally works with but especially new import-substitution projects. Significant funds were committed to the Bank from the National Wealth Fund for it to be able to perform the above-mentioned functions in the most efficient way. Moreover, I would also like to inform you that not long ago, procedures were approved for granting subsidies to various companies operating for example in agricultural and timber processing sectors under credits raised earlier including with the participation of Vnesheconombank. The monetary funds were used for technical retooling and reconstruction under the industrial development program and they also contributed to import substitution.

Now a few words about issues we’ll discuss today. Specifically, a credit is to be extended to R-Farm Company to develop pharmaceutical industry, manufacture advanced pharmaceutical substances and finished pharmaceutical products in the Yaroslavl region, the most part of which we imported earlier. The funds will be also used to finance research and development work. I hope that all this will be highly instrumental in developing our own pharmaceutical sector in Russia, creating high-tech production facilities, new jobs and of course saturating the market with advanced pharmaceuticals at affordable prices. A lot has been already done in this respect including with Vnesheconombank’s participation. Money is provided as part of project finance.

We’ll also discuss today the first project that can be implemented through using monetary resources of the National Wealth Fund. Here I mean funding for pre-project stage of developing the Udokan copper territory in Baikal region – the largest in Russia and the third one in the world b reserves. This is a very large and very important project for East Siberia and the Far East. Energy and transport infrastructure needed not only for the project but for the entire region is to be created in the course of this project’s implementation but the most important thing is that new industrial and smelting facilities are to be created. We need to discuss today what we can do and complete coordination on this project as well as take an optimal decision taking into account the current economic situation.

There are also other projects related to the real economy. We still have to fund another major project – the Yamal LNG project. The project is designed to produce and liquefy natural gas on the basis of the South Tambey gas condensate field. Let’s discuss all these projects and weigh up all the options. We never have predetermined decisions. So, we hold meetings of our Supervisory Board in order to agree upon key lines of activity and take balanced decisions on the basis of collective discussion.

In the course of Brazilian Vice President Michel Temer’s formal visit to Russia, the 3d Business Forum “Brazil-Russia: Strategic Lines of Cooperation” took place in Moscow on September 15, 2015. The Forum was organized by the Brazilian Embassy in Moscow and the Business Council Russia-Brazil set up under Vnesheconombank.

In his welcoming address to the Forum’s participants Chairman of the Business Council Russia-Brazil, Vnesheconombank Deputy Chairman – Member of the Board Sergei Vasiliev said that qualitative changes in the Russian-Brazilian relations had taken place recently: we are moving from cooperation in trade to cooperation in investments, education and healthcare. 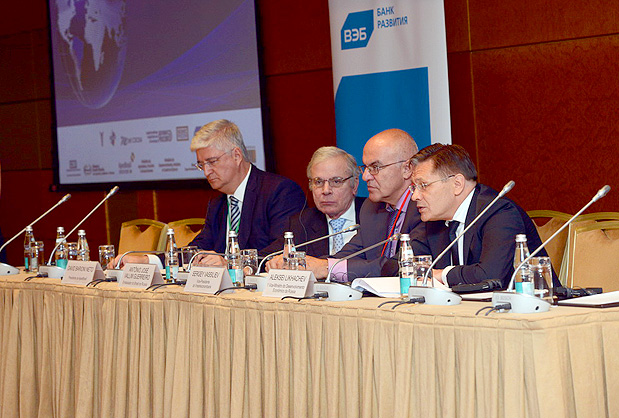 In his welcoming address first Russian Economic Development Deputy Minister Alexei Likhachev said that such a great interest of Russian and Brazilian companies in enhancing bilateral mutually beneficial cooperation makes us optimistic and creates conditions for expanding trade and economic relations between the two countries. There is no doubt that Brazil is Russia’s strategic and foreign economic partner not only in Latin America but also on a global scale.

In the course of the Forum the leadership of the State of Parana and Russian companies signed the following memorandums of intent and cooperation:

Speaking at the closing of the Forum, Brazilian Vice President Michel Temer said that Brazil was interested in Russian investments in infrastructure projects in the country: motorways, railways, ports. The Vice President also said that Brazil was also interested in developing scientific and technical cooperation with Moscow. Talking about sharing of experience between Brazil and Russia, Temer mentioned successful projects in agriculture especially devoted to supporting small and medium-sized enterprises in this sector. 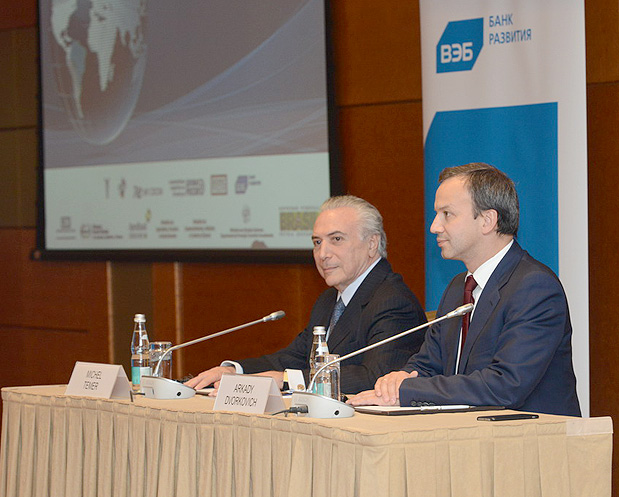 In the course of the Forum, round-table discussions were held on the following themes: Agriculture, Innovative Technologies and Pharmaceutics, Infrastructure and Power Engineering.

In the attendance of the Forum were Deputy Prime Minister Arkady Dvorkovich, Brazilian Ambassador Antonio Guerreiro, President of the Brazilian Trade and Investment Promotion Agency Apex-Brazil David Barioni as well as representatives of Brazilian and Russian business. The Forum was attended by more than 400 participans.