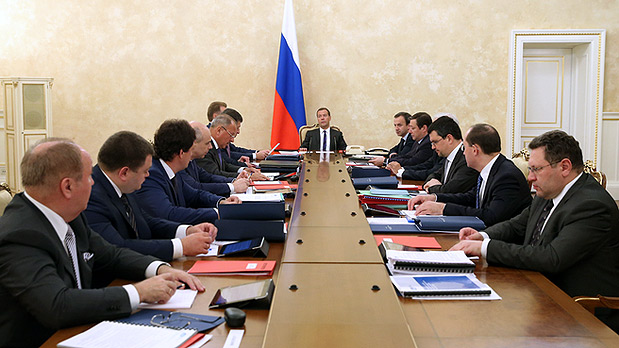 At its meeting on July 16. 2015,VEB’s Supervisory Board discussed terms of funding a project on the comprehensive development of the Bystrinsk iron-oxide-copper-gold ore depositon the Zabaikalye Territory providing for developing open-pits, constructing an ore mining and processing integrated plant and required transport and engineering facilities. This project is of national significance and it is included in the strategiesfor socio-economic development of the Far East, the Baikal and the Siberia regions and for development of non-ferrous metals industry. Due to the fact thatconsumers of products will be the largest Chinese industrial and trade companies, VEB explored the issue of tied lending with Chinese financing institutions. The project’s total value is 1.378 billion dollars. VEB is to fund the project in yuans in the amount equivalent to 874 million dollars (63% of the project’s value).

Dynamics of main components of assets and liabilities

The amount of monetary funds and their equivalents on the contrary deceased significantly from the start of 2015 against the backdrop of general reduction in liquidity in the banking system. In the accounting period, their amount decreased by 71.2 billion rubles (-21.8%) and was 254.8 billion rubles.The decrease affected equally both funds in corresponding accounts with credit institutions (owing to non-resident banks which was partly compensated for by increased funds with Russian banks) as well as short term interest-bearing loans (up to 90 days) and deposits with credit institutions.

In the first quarter of 2015, an increase in financial investment assets(by 24.0 billion rubles + 6.2%) and practically symmetric decrease in investment financial assets transferred underloan agreements and made available as collateral under REPO agreements (by 24.4 billion rubles or -23.5%) were associated above all with the repurchase of bonds under direct REPO transactions

The following changes occurred in the resource basis.

In the accounting period the amount of issued debt securities increased by 17.7 billion rubles (+1.8%) to 1 000.9 billion rubles for the most part by way issuing bonds on the domestic market by Vnesheconombank Group.

An increase in the dollar exchange rate against the ruble for the first quarter of 2015 resulted in the increased ruble equivalent of subordinated deposits placed with Vnesheconombank through using financial resources of the National Wealth Fundin order to additionally capitalize Vnesheconombank with 16.1 billion rubles (+5.3%) to 319.1 billion rubles.

In the accounting period, the amount of funds in banks decreased by 34.8 billion rubles (-3.4%) to 975.7 billion rubles. This was caused by a decrease in funds in corresponding loro accounts as well as by deceased funds placed with Vnesheconombank as collateral against letters of credit as a result of executing the letters of credit.

In the first quarter of 2015, expenses on transactions with investment financial assets available for sale amounted to 18.6 billion rubles an increase of 15.3 billion rubles from the first quarter of 2014. A significant amount of expenses in the accounting period was caused by the recognition of a loss from depreciation of securities as a result of reclassification of a part of unrealized negative revaluation of securities from capital.

In the first quarter of 2015, net incomes from initial recognition of financial instruments, changes in contractual terms and early repayment amounted to 11.9 billion rubles. In the same period of 2014, a net loss of 0.2 billion rubles was recognized in this item. A significant part of income in the accounting period is associated largely with the recognition of incomefrom the extension of the deposit of the Federal Treasury for a ten-year period at a below-market rate for funding banks and legal entities through subsidiary SME Bankfor them to provide support for small and medium-sized enterprises.